Join me as I read the first chapter in this week’s book, Keeper of the Lost Cities, the first book in a series by Shannon Messenger.  Listen to the first chapter! If you’d like to read the rest of it, it’s available at the Skyview Library, and through Sora at the KPBSD digital library and the Alaska Digital Library. 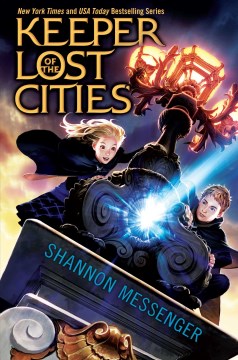 Description: Twelve-year-old Sophie Foster has a secret. She’s a Telepath—someone who hears the thoughts of everyone around her. It’s a talent she’s never known how to explain.

Everything changes the day she meets Fitz, a mysterious boy who appears out of nowhere and also reads minds. She discovers there’s a place she does belong, and that staying with her family will place her in grave danger. In the blink of an eye, Sophie is forced to leave behind everything and start a new life in a place that is vastly different from anything she has ever known.

Sophie has new rules to learn and new skills to master, and not everyone is thrilled that she has come “home.” There are secrets buried deep in Sophie’s memory—secrets about who she really is and why she was hidden among humans—that other people desperately want. Would even kill for.

This entry was posted in Archives. Bookmark the permalink.